We made an executive decision to include Footscray into our SKY breakfast club. Although it does not fit under our banner we thought it was close enough to home. We also decided in our snippets of information we could include topics other than breakfast. Hope you enjoy! 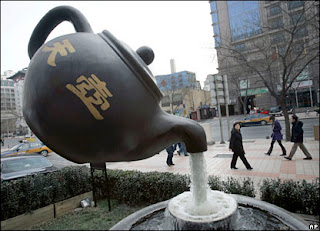 My first snippet is from The Station Hotel in Footscray.
Yes! The pub of the year (2008) according to 3AW.
We have been going for quite some time and decided that would be one of my Mothers Day treats. I Soooooo looked forward to that big juicy steak all week. Mothers day was a 3 course deal for $70. Not cheap, but not too badly priced. The entrée was sensational, with snippets of charcuterie (The preparation of pork and other meat items, such as hams, terrines, sausages, pâtés, and other forcemeats.), fresh oysters and other seafood..
The main course was the steak and it was really disappointing. The meat was tough! Diaster in the kitchen! What will Sean Donavan (Chef and part owner) think of this. However the vegetables were delicious.
The dessert, a very, very, very, sweet upside down pineapple cake was loved by my husband and daughter but for me it was just too much.
Luckily, for the Station Hotel, I will still go back and encourage people to keep going just because every other time I have been it has been sensational.
If I was Sean Donavan I would probably interview new suppliers for the steaks for his bistro.
MONICA
. 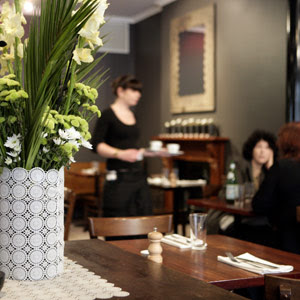