I get very excited in March when the announcement of the Melbourne food and wine festival is made. I download the program and start planning. I'll do this lunch with this friend and I'll do this lunch with that friend and with the family, we can attend this event. Perhaps with my husband I'll go here and the list goes on. Any excuses to try as many express lunches in 10 days as possible as well attending other events. I've chosen 3 events to discuss that stand out. Libertine 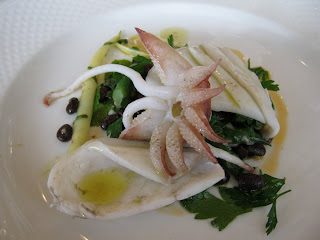